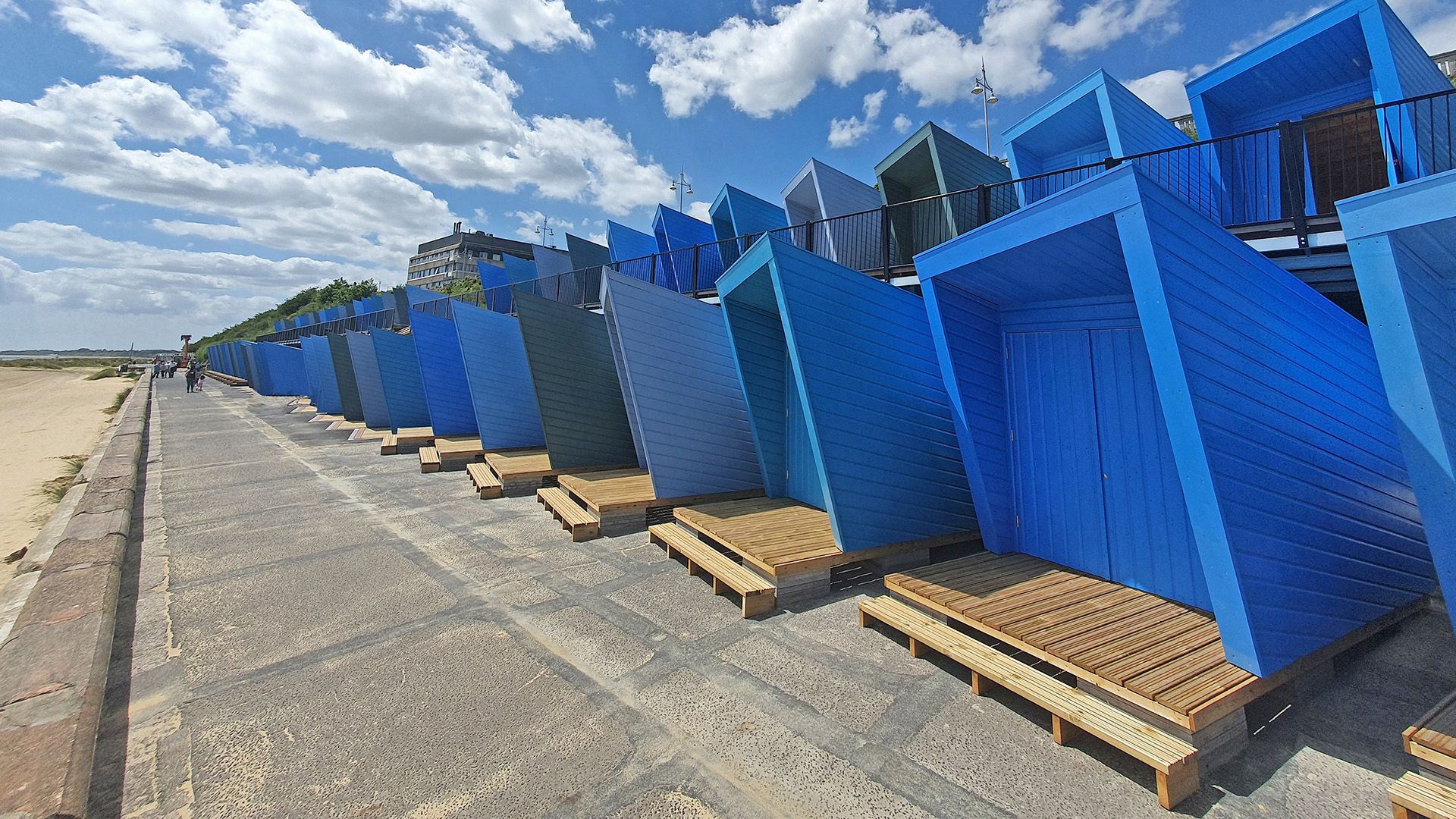 As part of a wider programme to regenerate the town, the exciting and contemporary Eastern Edge beach huts on Lowestoft’s seafront are officially open.

Designed by Norwich-based architects Chaplin Farrant, the new contemporary beach huts are positioned on two levels and face partially south to ensure maximum sunshine throughout the day. The tips of the structures will face eastwards reflecting Lowestoft’s position as the most easterly location in the country.

The beach huts were manufactured by Lowestoft company, P J Spillings, while the platform and ancillary works were undertaken by M S Oakes – also from the town.

Cllr Craig Rivett, East Suffolk’s Deputy Leader and cabinet member for Economic Development said: “I am delighted to see these bold new beach huts officially open and available to use, ready for the summer season. Thanks to ambitious plans to regenerate the town, Lowestoft is gaining national recognition as a visitor destination and even more people are discovering all that the town has to offer, including our award-winning South Beach, the recently refurbished East Point Pavilion and now Eastern Edge.”

The Jubilee Parade project is one of several regeneration projects set out within the Seafront Vision, the South Seafront Masterplan and the Lowestoft Town Investment Plan.

The new beach huts will support and complement other regeneration projects, including the repurposing of the East Point Pavilion into a cultural and community space.